How to Create a Meaningful Life 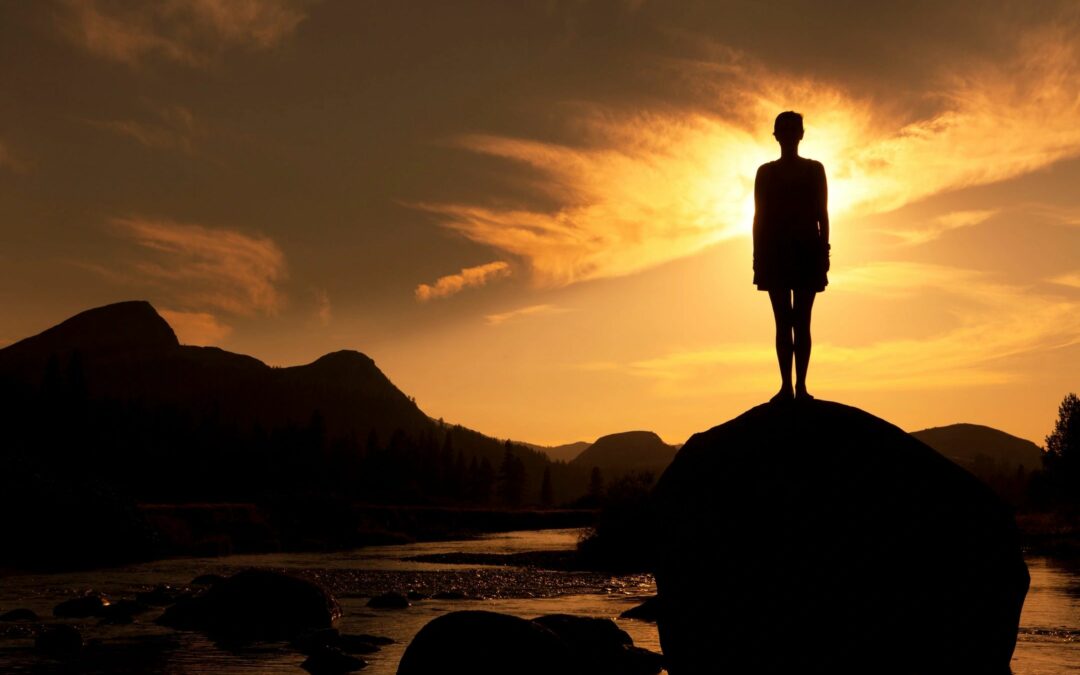 When I graduated high school the theme song played at our ceremony was “Do you know where you’re going to?” by Diana Ross. It’s a beautiful and inspirational song and as it echoed throughout the auditorium, I sat full of hope, envisioning my dreams for the future.

My dreams were not uncommon – I had hopes of going to college, landing a great job, and making a comfortable salary. I looked forward to enjoying my independence, good friends, and traveling. I envisioned falling in love and starting a family. All my dreams were ahead of me and I was going to go get them. I felt confident and self-assured that these things would happen easily for me.

Fast forward ten years and I found my former dreams to be radically different than my present reality. Yes, I had finished college and gotten married and had a baby. But I had also I get divorced, and was in-between jobs. Having a child was a gift, but staying home to raise him meant I had to start over again professionally, and I was feeling very disengaged from any meaningful purpose. I had a lot of self-doubt, insecurities, and anxieties- I was a completely different woman than the one that sat so optimistically in the auditorium a decade prior.

For the next few years, I simply wandered through life and my responsibilities. It would take several years for me to discover I could create a significant life for myself.

This shift for me happened when I realized what l was lacking was the intentionality about my life. Life was happening to me, but I lacked the confidence to direct it in a meaningful way.

The first thing I did was change my self-talk from negative to positive. Whenever those nagging negative thoughts would arise, I would shoot them down and replace them with kinder thoughts about myself. I began to remind myself that I was worthy, capable, and I had the power to get what I want.

Second, I surrounded myself with forward-moving people – people who were disciplined in accomplishing their goals. I was energized and encouraged by these people who often talked about the visions they had for their lives and I watched as they created plans of action to accomplish these goals. Their influence began rubbing off on me!

Third, I read as much as I could about individuals who had created lives of significance for themselves and I studied how they did it. Their lives were significant not because of fame, money, or social status, but because their influence improved the lives of the people around them. As I studied these figures, I found a common discipline they shared – they wrote down their goals.

HOW TO CREATE A VISION

So I began to follow suit. Each year I would begin a new journal, writing down my most important vision on the very first page. On the subsequent pages, I would outline my approach, my plan, but most importantly – how I would feel to accomplish the goal. I detailed the feelings that I would experience – joy, warmth, satisfaction. And as I moved forward with my vision I would often give thanks as if it had already happened.

For example, one of my gratitude statement sounds like this: “I am thankful that my clients are growing, and are inspired by our interactions. Not only do I get to help them increase their leadership influence, but I also get to help them improve their personal relationships. I am so happy to see them growing exponentially by partnering with me.”

As I review my past journals and visions and dreams it is quite remarkable to see so many of these plans have manifested. These reminders give me hope for each new goal.

Another way that I like to visualize my goals is by creating vision boards. My first vision board was primarily focused on personal things like the atmosphere of my home. For instance, it was important to me that guests in my home would instantly feel relaxed and calm – and I can’t count the number of times people have told me over the years how peaceful they felt when they entered my home. I’ve seen both personal and professional goals manifest in amazing ways.

A huge key to the success of any vision is being explicit about where you want to go and what you want to accomplish. When you are clear about what you want, you become equally convinced about what you don’t want. What happens is you begin to say “no” much more than you say “yes.” By saying no, you weed out things that don’t lend to your goals. Channeling your energies and actions toward your end goal helps you.

Another fundamental part of this is truly believing I am worthy of and capable of reaching my goals. I am confident that the resources and people I need will come at the appointed time. I choose to focus solely on the elements I can control, which frees me. By making my goals emotional – by envisioning how it would feel for these dreams to come true- I ignite an emotion in me. And we know that emotion creates motion – it’s a very powerful force.

So as I prepare for new visions I make sure to keep them ever before me – looking at my goals or my vision board on a regular basis. I reflect on them, taking quiet time to think about and give thanks for what will come to pass. And equally important to me as setting these goals, is celebrating my milestones- the small victories I achieve along the way.

I hope as you move forward into this new year you will take some time to consider the things you want out of life, how you will feel when they happen, and how you can achieve these goals and visions.

Write them down, share them with someone else, and create a vision to help them stay in front of you. And on a regular basis take some time to reflect, celebrate, and give thanks as if they are already here.

Question: Do you know where you’re going to?

Check Out Our Other Posts About…